While this was the most beautiful day of my journey, it was also the one where I started to pay for my newbie sins.

In my zeal to get through Days 1 and 2, I wasn't as careful as I probably should have been with my steps, so I made a few bad ones along the way.  And to prove it, I woke up on Day 3 with a very tender ankle.

I also woke up at first light, around 5:30am, since I had opted against putting the rainfly on the tent.  Got a beautiful view of the stars that way, and the cool night air was really refreshing.

So I got busy preparing to start my day... and had my first cathole experience.  For the uninitiated, if you're going to go to the bathroom in the wild, you have to dig a 6-inch hole, do your business, and then cover it up again with dirt.  Yes, it's as gross as it sounds.  But hey, backpacking isn't about luxury accommodations, it's about connecting with nature and yourself in a completely different way than when you're surrounded by modern conveniences.

The Woods Creek campsite was a much busier, friendlier place than Middle Paradise Valley, and I'd gotten to meet quite a few people there, which was great.  On my way out, I dropped by one of the tents to say goodbye to a couple friends I'd made, only to be surprised with the ultimate newbie honor -- after hearing my story the night before, they had decided to give me a trail name.  What is it?  You'll just have to wait for the video to find out.  (I know, I'm such a tease!) 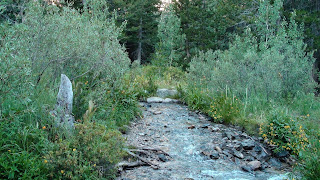 I was out at 7, a full hour earlier than the day before, so I got to start the day's hike in cool shadow.  That was a good thing, because it was another hot day ahead.  Given the height of the mountains to the east, I figured I'd maybe get a couple of hours in shadow, but I was wrong.  Soon, the sun was poking through the sequoia trees that dotted the ridgeline... 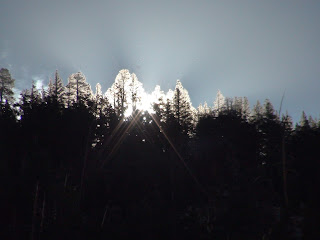 In terms of scenery and ecological diversity, this was the best day yet.  Just absolutely gorgeous.  In addition to the forests, meadows, streams, and rock formations I'd gotten used to over the past couple days, I started seeing some wetlands, marshy areas that seemed more at home in the Everglades than nearly two miles up in the mountains. 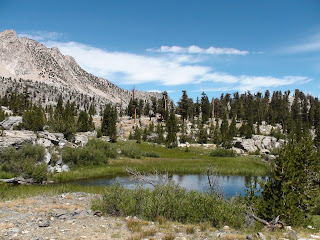 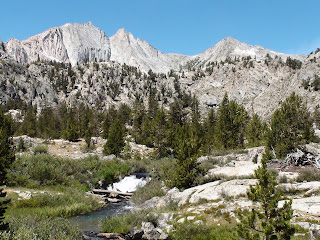 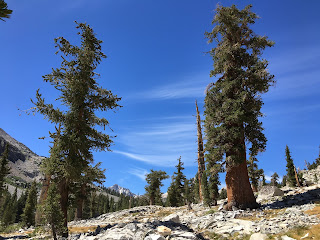 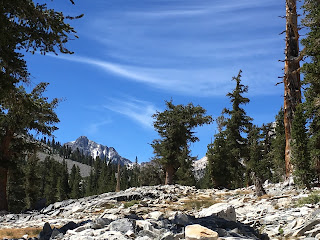 A few miles in, I encountered the trail's first large body of water, Dollar Lake, which was a beautiful place to rest and refill my water supply.

Fortunately, my ankle was holding up as well as could be expected.  Part of that, I think, was because I switched things up and made my left foot my lead foot.  It's a subtle change, but it made a big difference.  Not as big a change as, say, going from right-hand dominant to left-hand dominant, but it still took some getting used to.  Just another one of my newbie trials and tribulations.

After leaving Dollar Lake, I was treated to one beautiful water vista after another.  First, Arrowhead Lake, and then the Rae Lakes themselves came into view.  And surrounding them, some of the hike's most magnificent rock formations, like Fin Dome. 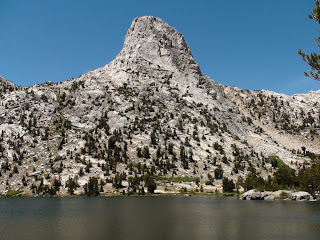 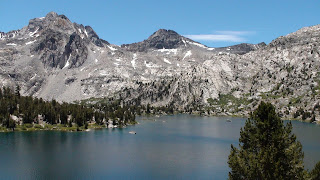 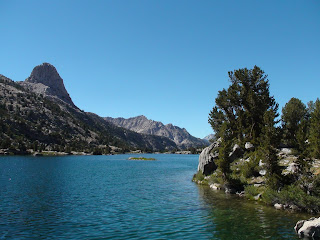 Even with multiple stops along the way, I still made it to the Middle Rae Lake campsite at 1pm.  After I'd staked out my spot for the night, it was time to pamper my poor feet a little bit in the clean, crisp, chilly water of the lake. 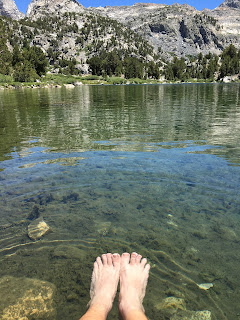 And, of course, take in the magnificent lakeside view! 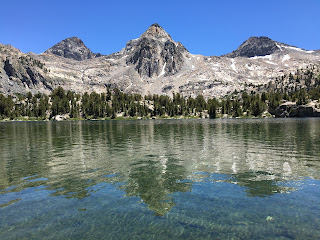 I must have been adapting well -- or, at least, getting better sleep -- because Day 3 was the first where I didn't feel inclined to take an afternoon siesta.  Instead, I hung out by the water, made some new friends, welcomed my old friends from Woods Lake when they arrived, and did a little bit of exploring around the campsite. 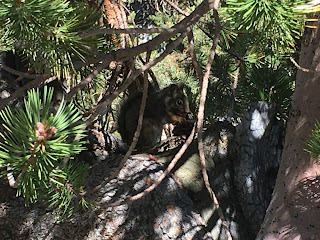 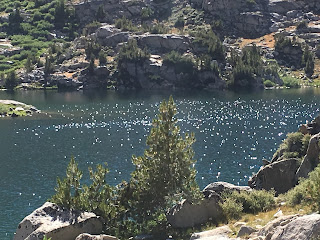 When evening arrived, I discovered that my tent lantern had decided to stop working, so that made the decision to turn in early an easy one... but not before getting a wonderful sunset view of Painted Lady. 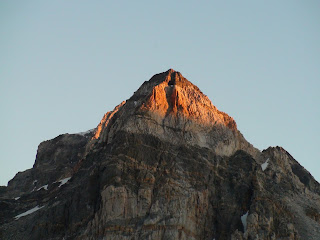 With the campground two miles high and no sources of light pollution anywhere to be found, I drifted off to sleep under a spectacular dome of starlight and the Milky Way.

Little did I know what would await me the next morning... 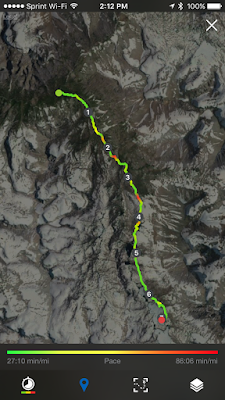